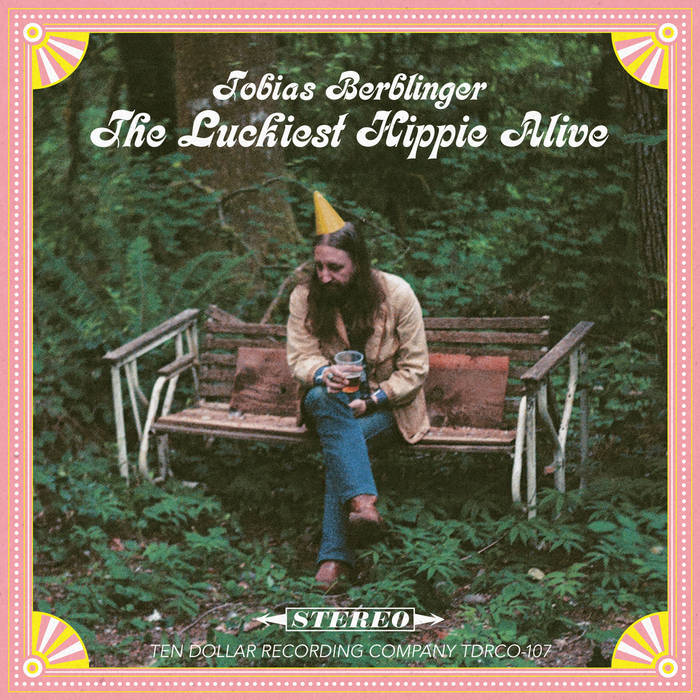 While it’s a little less popularly known than the rock ‘n’ roll and pop arcs of the same period, country music in the 1960s and 1970s also had its own counter-cultural flowering as influential voices within the genre rejected the Nashville country elites, cross-pollinated with West Coast psychedelia, and re-embraced the weird, old, melancholic strain of Americana that’s been present in all music of the North American continent for centuries. Tobias Berblinger’s The Luckiest Hippie Alive makes deft use of a host of lesser known yet long appreciated country and folk influences that have remained on the tongue of many a critic and tastemaker for some decades now, as the mainstream country music machine continues to churn out bland, soulless schlock readymade for truck stop shitters all across the nation. Culling together some hook-laden songcraft with a strong nod to many of Berblinger's obvious influences, including outlaw and cosmic country luminaries such as Gram Parsons, Blaze Foley, and Townes Van Zandt, et al, The Luckiest Hippie Alive is a strong record that’s memorable and often hilarious, wearing its influences on its sleeve while still managing to fully hit its own stride.

For the sake of the song of course, Berblinger cranks out solid original tunes such as the smoky pedal steel ballad "My Boots Have Been Drinking", folk weirdness of "Blade of Grass" and "It Ain't Right", and sing-along barroom anthems "Divisions" and "Heartaches, Hard Times, Hard Drinking". To round out the track listing, Berblinger employs a number of cover tunes, including Terry Allen's “High Plains Jamboree“, Gene Clark's excellent "Polly Come Home", and a heartfelt cover of the late, great Blaze Foley's “Crawl Back to You“, paying tribute to the doomed Austin songster's signature fingerpicking style reminiscent of country blues icons such as Mississippi John Hurt. Sealing the deal, the addition of Commander Cody's “Seeds and Stems (Again)” makes sure to fully honor some of the more tongue-in-cheek trappings of country music storytelling, with the protagonist managing to lose his dog, his house, his girl, and his weed all in the same song. Berblinger doles out much of the same light-hearted yet grounded world-weariness throughout The Luckiest Hippie Alive, and in all the record is an affectionate testament to strong songwriting, a fertile period in American music, and the perennial highway blues. (REED BURNAM, Sep 8, 2018)