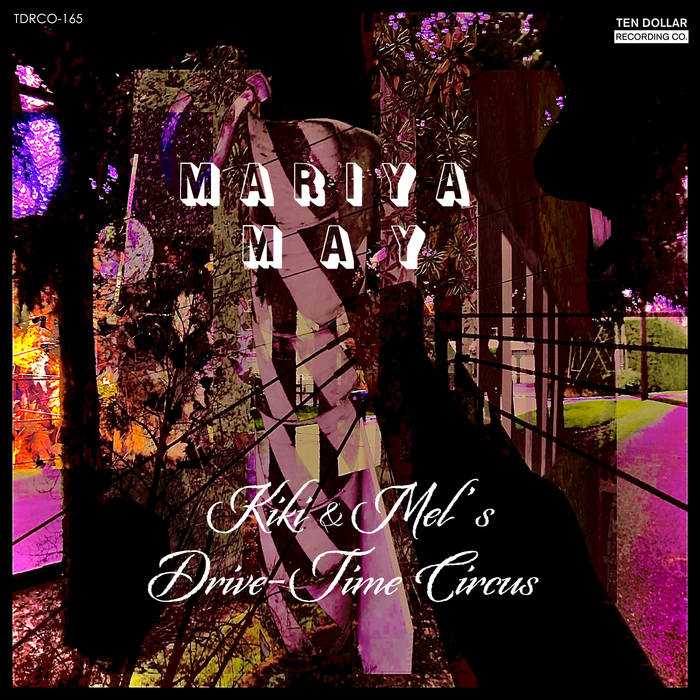 Lute FP One of those rare pop albums I buy before getting through the first spin ‘cuz it’s just that good.

Excellent songwriting, vocals that grab you, and a general darkness and melancholy to the sound that I love in pop.

Reminds me of the Pierce’s ‘Thirteen Tales...’, one of my all-time fav pop albums.

Portland-based singer/songwriter Mariya May's third solo full-length Kiki & Mel's Drive-Time Circus arrives in stores and on your streams January 7th, 2021. Despite the downturn in just about everything over the past year, 2020 was a busy year musically speaking for May, seeing her releasing an EP of deconstructed songs (Strictly A Cappella) and a new co-release with band-and-labelmate Mo Douglas (Prepare the Sauce) in addition to ongoing band work with What in Your Heart Can Put You in a Trance, all on Portland's Ten Dollar Recording Company label. A prolific singer, songwriter, and collaborator, May's presence can be found all over numerous other projects from labelmates across the TDRCo back catalogue, in addition to her own predilections towards penning intimate, sprawling, and dramatic indie-folk. With the playful, hummable, and at times wistfully melancholic Kiki & Mel's Drive-Time Circus, May adds yet another feather to her cap and another album to her steadily growing canon that's sure to be a shaft of sunlight through your winter window.

Paying homage to a wide variety of influences, from 80's/90's shoegaze and new wave, earthy 60's/70's pop and soul, late 90's trip hop, and all manner of psych and world musics, May's songcraft is unique and textured, gently referencing while remaining a sound apart from just about anything else you may have happened across. Holding it together is her top-shelf voice, which she deftly stretches from soft, sweet, and mellow, to dramatic, full-bodied, and soulful, channeling as much from Elizabeth Fraser as she does from Mavis Staples. And lucky for you dear listener, May's vocal presence is the anchoring point for Kiki & Mel's Drive-Time Circus, doing some serious work on finely-produced covers like "Pack Up Your Sorrows" (Mimi and Richard Fariña), "New House of The Pope" (Frank Black and the Catholics), and "Nearly Lost My Mind" (from TDRCo labelmate Ryan Massad), nestled alongside well-crafted originals like "On Your Heels", "Oh No! Oh No! Oh No!", and the 2020-apt "Christmas at the Broken Hearts Inn". Throughout, May's inner muse shines bright, and you'll be finding yourself wanting to give this one a second listen before heading out to dive further into her extended catalogue of quality releases.

produced and mixed by mo douglas in portland, oregon at continental control unit

prince joely: keyboards and claps on "sold it"

"pack up your sorrows" originally performed by mimi & richard fariña

"why when love is gone" originally performed by the isley brothers

"a matter of trust" originally performed by billy joel